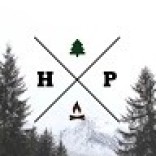 Logan Hamilton works as an enforcement officer in Nova Scotia,…

At the age of 14, shortly before hunting season started, I was given my first shotgun for snowshoe hare hunting. I vividly recall walking through a spruce thicket on public land following the sound of dog bells after shooting my first snowshoe hare. Walking out of the thicket with my prized new gun over my shoulder grinning at what seemed to be the largest snowshoe hare ever shot. Still used to this day, my Remington 870 Special Field Model (20-gauge) is one of my preferred shotguns to use while hunting over a pack of beagles. This shotgun performs well in dense cover as it is light, rugged, and has a short 21-inch barrel making it easy to swing in thickets. As a hunter, choosing the perfect shotgun, shot size, and choke options for any small game animal can be a tedious task. However, shooters should consider the following when selecting a shotgun setup for rabbit hunting.

When exploring different shotgun gauge options, it’s important to keep in mind that the snowshoe hare is a unique small game animal. The average snowshoe hare weighs between 3-4 pounds (Nova Scotia Lands and Forestry, 2018), which is a rather heavy target compared to other small game animals. In comparison, the average ring-necked pheasant weighs 3 pounds (Nova Scotia Lands and Forestry, 2018) and the average Eastern gray squirrel weighs 1.5 pounds (Minnesota DNR, 2020).

Aside from weight, it’s important to consider the speed and living conditions of the snowshoe hare. These animals typically live in dense undergrowth and can cover 8-10 feet with one running leap. Taking these characteristics into account, hunters should choose a shotgun gauge that provides adequate pellets and knockdown power to ethically kill a hare without damaging the meat.

Personally, I refrain from using a 12-gauge (unless using light 1 ounce loads), as I tend to hunt in dense spruce thickets where the majority of shots taken are within 15 yards. From experience, using a 12-gauge within a close range can often result in an unnecessary number of pellets making contact with the animal. For this reason, I typically use a 20-gauge or 16-gauge paired with 1 ounce field loads.

Hunters should consider both the weight and overall length of their shotgun before using it in the field. Snowshoe hare hunting over dogs is a fast-paced activity and larger guns can undoubtedly impair a shooter’s mobility. Expecting to spend many hours walking through the woods, most snowshoe hare hunters value carrying a lightweight shotgun. Personally, I tend to use shotguns under the 6.5 pound mark, which is manageable for even the longest days in the bush. Notably, it is common practice to use shotguns with short barrels, as snowshoe hare hunting often requires shooting in thick wooded areas where it is difficult at the best of times to shoulder and swing a shotgun.

I would highly recommended selecting a choke option that matches the characteristics of your hunting spot. If you’re hunting in cover with multiple paths or open areas, a choke with a tight spread pattern such as a modified or full choke is ideal. With this in mind, if shots consistently exceed 25 yards, a tight spread of pellets would be recommended to ethically kill a fleeing snowshoe hare.

In more dense cover where visibility is consistently limited, I would advise using a choke that spreads fast to avoid a large number of pellets making contact with the animal. Since I typically hunt in dense cover where my shots are limited in distance, I use improved cylinder as my preferred shotgun choke. However, in recent years, I discovered the true benefit of using double-barrel shotguns for snowshoe hare hunting, as many models allow the shooter to select which barrel and choke option to fire first.

Although limiting the number of shots that can be used in comparison to a pump action or semi-automatic, shotguns with two barrels can present the shooter with the advantage of being able to match the distance of the small game animal with the best suited choke on hand.

In today’s market, there are a variety of shot size options to consider for snowshoe hare hunting. Choosing the proper shot size should be guided by both practicality and ethics. I would not recommend using a shot size larger than No. 4 birdshot, as the likelihood of damaging meat will be increased. In the same breath, I don’t advise using a shot size smaller than No. 7 1/2 birdshot, as the small pellets may only injure a snowshoe hare and not guarantee an ethical kill. The general consensus amongst most hunters is to use No. 4, 5, 6, or 7 1/2 birdshot while hunting snowshoe hares. Personally, I use No. 5 or 6 birdshot, as these shot size options knock down hares with ease, and the pellets find their way through thick undergrowth.

Why not use a rifle for snowshoe hare with hunting dogs?

Although many small caliber rifles (.22LR, .22WMR, and .17HMR) are commonly used to hunt snowshoe hares, I do not recommend using such firearms while hunting over dogs. Simply put, using rifles around dogs chasing snowshoe hares can pose a risk to the dog’s safety. Rifle bullets travel great distances and can ricochet on impact with a hard surface. In order to minimize the odds of having a hunting accident involving a dog, the recommended firearm of choice is a shotgun. 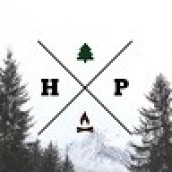 Logan Hamilton works as an enforcement officer in Nova Scotia, Canada. He has the opportunity to work with dogs on a daily basis and spends the vast majority of his free time hunting snowshoe hares with his two beagles. Logan stays busy during the summer by hiking, target shooting, and fishing with his family and friends. However, the first snowfall of a long Canadian winter is what Logan looks forward to most, as the crisp air and snow-covered thickets remind him that snowshoe hare season is fast approaching.