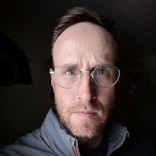 Josh Tatman is an adventurer from northern Wyoming. He is…

Weatherby brings back the 20 gauge offering to their over and under Orion shotgun.

Although Weatherby is best known for their innovative hunting rifles, they’ve also been manufacturing shotguns since the late 1960s.

The new Weatherby Orion 20 gauge represents the latest chapter in the history of Weatherby shotguns. Zach Hein, Weatherby’s Director of Marketing, is excited about the new product.

“Personally, I’m a 20 gauge devotee. The introduction of the Orion in 20 gauge couldn’t come soon enough,” he said. “Customers felt the same way, with requests for a smaller gauge Orion being one of the most prevalent inquiries regarding our shotgun line.”

Manufacturing History of the Orion Shotgun

Several different Weatherby guns have worn the Orion brand over the years.  The first Orion was built to Weatherby’s specifications by SKB in Japan from 1982 till 2007.  Fausti briefly built the Orion in Italy from 2007 till 2011.  In 2016, ATA in Turkey began building the current Orion for Weatherby.  Although generations of the Orion have notable differences, all have enjoyed a reputation as reliable workhorse over and unders.

I patterned the Orion 20 gauge from the standard 40 yards with Fiocchi Golden Pheasant 1 oz #6 shot. This excellent hunting load has a muzzle velocity of 1245 FPS. The stock modified choke yielded the best pattern at this range with 60 percent of pellets evenly distributed within a 30 inch circle. These are typical results for this constriction.

The two barrels of my demo gun were well-regulated. Both centered on the same point of aim at 30 yards, with a flat, 50/50 shot distribution.

Hunting With the Orion 20 Gauge

I field tested the Orion 20 gauge over seven days of partridge hunting. Rocky hills holding wiley chukar and Hungarian partridge are certainly proving grounds for a field shotgun. These smart little birds don’t tolerate mistakes, and neither does the terrain they call home. When my dog cornered crafty partridges, the gun came into its own.

Clean mounts to the shoulder, smooth swings, and pleasant recoil were the norm. The 50/50 shot distribution required me to “cover the bird” a bit more than I’m accustomed. The gun pointed intuitively, and I had no problem tracking chukar diving from the heights at high speed. The Orion 20 gauge proved to be a reliable tool in the field.  When I did my job, it did, too.

The Function of the Orion 20 Gauge

The Orion provided reliable function both at the range and in the field. I had no fail-to-fires, with solid primer strikes from both the upper and lower firing pins. The ejectors confidently flung empties clear in the middle of frantic chukar flushes. The action release lever felt firm but not sticky, and it was easy to click the action closed with minimal effort.

The Orion has a Beretta-style action that locks with a pair of horizontal pins. This design allows for a slim profile that is both sleek and quick-handling. However, the hammers and other internals are different. A mechanical trigger provides reliable function, albeit with a somewhat heavy trigger pull. The snappy safety/barrel selector is intuitive and smooth, an improvement over previous Orions. The forend release allows for fast breakdown for cleaning, then snaps firmly back into position.

Like most over/unders, the safety also doubles as the barrel selector. In my opinion, this is an inferior design compared to the old SKB Orions, which had a barrel selector on the trigger. I did have several instances of the safety sticking when I mashed it too aggressively in the middle of a flush, pushing it too much laterally. I’ve had this problem with other double guns, so I wouldn’t consider it an issue unique to the Orion.

Fit of the Orion 20 Gauge

For me, the drop at heel combined with a standard length of pull worked well with my longer arms and neck. However, the drop at the comb left me floating in mid-air when looking down the rib. Granted, most combs are too low for me due to my lanky build. Fortunately for people like me, the Orion 20 gauge is also offered in a sporting model with an adjustable comb.

The stock cast feels perfect for a right-handed shooter, but wouldn’t be too pronounced for a lefty. The wrist is appropriate for the average shooter, albeit a bit slim and tight for my larger hands. The butt of the stock is chunkier than necessary for a 20 gauge, no doubt to accommodate the same recoil pad as the 12 gauge. The forend is perfectly dimensioned, and fills the hand nicely.

I held the gun comfortably, with the action open or closed, at my side and over my shoulder. The 28-inch barreled gun balances perfectly at the hinge pin, creating a very natural swing. I could also lay the gun open on my shoulder while walking without it shifting off balance.

The Orion is outfitted with an exceptional rubber recoil pad. The rounded, hard heel dramatically reduces mounting hangups, and the pad nicely absorbs recoil from any reasonable field load.

The Finish of the Orion 20 Gauge

The Weatherby Orion 20 gauge features classic Weatherby styling: gloss blued metal with high gloss furniture. It’s also built in a utilitarian matte metal and stock finish. The walnut stock is appropriate for the price point; if you are able to pick your gun, you’re likely to find one with decent grain. While the gloss stock feels a bit slick while in-hand and may show nicks and scrapes, the matte finish version is a great choice for hunters who are rough on their gear.

Both finishes feature pleasant, no-nonsense decor. The Weatherby name appears in gold on the right side of the action, and a simple ‘W’ graces the trigger guard. The chrome-lined barrels have vented top and mid ribs, and are choked with standard Invector style tubes. Both the forend and the Prince of Wales grip feature clean laser checkering, which provides a confident grip even when scrambling over snowy side-hills.

The jeweled monoblock adds a nice touch that accents the good metal-to-metal fitting.  All of the internals show excellent machining for this price point. Likewise, the wood to metal finish is on par with more expensive guns. The wood sits slightly proud of the receiver, leaving room to refinish the stock after a few generations of use.

The Versatility and Value of the Orion 20 Gauge Shotgun

Weatherby has applied the successes of the Orion 12 gauge to the slimmer frame of a proper 20 gauge. Amongst dedicated upland hunters, 20 gauges enjoy the reputation of being the perfect gauge; they’re light enough to carry all day in the field and have enough payload to cover anything from quail to wild pheasants.

Its functional benefits don’t stop on the open prairie. With three inch chambers, this gun could easily do double duty in a duck or turkey blind. Old timers might swear they need a 12 gauge for these applications, but simply patterning the Orion 20 gauge for yourself will show that it has more than enough lethality for a wide range of shotgunning needs. The field Orion 20 gauge would be an excellent choice for a quick handling skeet gun, while the sporting model would be more versatile for various clay sports.

The Orion 20 gauge offers an exceptional value at half the cost of most entry level over-and-unders. Weatherby’s exceptional five-year limited warranty and customer service give you peace of mind. While the new 20 gauge is in high demand, they are widely distributed and available from most major sporting goods stores, including Scheels and Cabela’s. Many suppliers have the Orion 20 gauge listed below MSRP of $1,049, however, you are unlikely to find a used model for a while given this gun’s popularity.

A field shotgun should be an instrument of functional beauty with an emphasis on function. If a gun isn’t reliable and pleasant to shoot, I’m certainly not going to pack it around in the partridge hills. Zach Hein agrees.

“Overall, I couldn’t be happier with the Orion 20 gauge,” he said, “It’s light enough for a long day in the sage, smooth enough to be at home on a sporting clays range, and versatile enough to chase anything that flies.”

History and Overview of the Ruger Red Label Shotgun 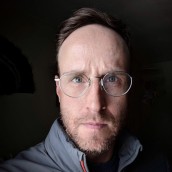 Josh Tatman is an adventurer from northern Wyoming. He is passionate about conserving wild places and their inhabitants through education. He hunts the prairie, mountains, and desert with a 13 year old husky/shepherd cross named Bailey.