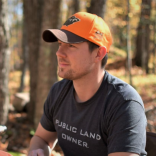 #87 | Where We’ve Been, Where We Are and Where We’re Headed – Project Upland Podcast

Combating the Spread of Conifer Trees to Save Sage Grouse

Most people assume that more trees on the landscape would be a good thing. After all, trees are good habitat for many species and they can help mitigate climate change effects. However, not all habitats are supposed to have trees. Some areas—such as the open plains, sage-steppe, or rangeland areas—historically never had trees, and various wildlife species and ecosystem processes evolved to fit such an environment. Much like sharp-tailed grouse or prairie chickens, the greater sage-grouse (Centrocercus urophasianus) has a very low tolerance for trees. According to the Sage Grouse Initiative, even one to two trees per acre is enough to reduce habitat quality—that’s how open most habitats should be to support sage grouse. Let’s look back at history to see how far this problem has progressed, and some ways we can manage it now and in the future.

Looking Back for Perspective

Centuries ago, the Great Plains, Great Basin, and sage-steppe habitats looked very different than they do today. They were vast, wide-open areas where somewhat routine natural disturbances (i.e., wildfire) controlled the spread of woody species. In many cases, there are no historical accounts of trees and no evidence of tree roots or stumps even. It’s estimated that up to 90 percent of the sagebrush habitats that are currently dominated by conifers were treeless prior to the late 1800s (Sage Grouse Initiative). Various sagebrush species (Artemisia spp.), short shrubs, perennial grasses, and forbs covered these areas instead.

But across these open environments, the trees advanced over time. As settlers began to farm and ranch the land, they slowly changed the habitats and plant communities in intentional and unexpected ways. For example, fire suppression over time has removed the historic disturbance that kept trees out of these areas. Without semi-regular fire events to set them back, the trees have an advantage over the native sagebrush communities and can outcompete them.

As a result, it’s a very different looking landscape today. The vast majority of sagebrush-steppe habitats have been overtaken by conifers (e.g., juniper, pinyon pine, Eastern red cedar). Although they are native species, the lack of fire has allowed them to grow beyond the balancing point. Severson et al. (2016) noted that in the Great Basin shrub-steppe environment, native pinyon and juniper woodlands have expanded 625 percent in some areas, overtaking important sagebrush habitats. Unfortunately, many predict this scenario will get worse without further action. Miller et al. (2011) estimated that for every 1 degree Celsius change in temperature (due to climate change), about 12 percent of sagebrush habitats would be overtaken by woody vegetation.

There are other important conservation threats to sage grouse as well, including conversion of sagebrush habitat to cropland or invasion of annual grasses (e.g., cheatgrass). But when all of these are combined with tree encroachment and fire suppression, it adds another danger. When wildfires do start, they become more unpredictable and catastrophic to plant communities. The annual grasses and tree cover—which have further dried the habitat by utilizing more water—add more fuel and burn hotter, ultimately doing more damage to native sagebrush species.

So how does all of that affect sage grouse? There are a few pathways. First, trees need a lot of water to survive, generally more than native grasses and sagebrush. Since sage-steppe and rangeland areas don’t usually receive a lot of precipitation, this means that trees essentially use a straw to gulp up all the existing water they can, depriving the grass and sagebrush of a much-needed resource. Where they exist, riparian areas are important for sage grouse brood rearing, so this can have a direct effect on them. By competing with native vegetation, trees can also reduce food and cover resources for sage grouse. Trees can also increase predation of sage grouse—they act as perches for avian predators and can hide mammalian predators as well. And as mentioned above, the expansion of trees (and exotic/annual grasses) also increases the risk of severe wildfires.

As for the effects to lek sites or nesting success, there are several interesting studies. Knick et al. (2013) noted that most active sage grouse leks average less than 1 percent conifer cover within 5 kilometers. Severson et al. (2016) studied nest selection in the Great Basin of southeast Oregon, and found that the probability of nesting was negatively associated with more than 3 percent conifer cover within 800 meters of a potential nest site. That’s a huge area with very few conifer trees, yet it showed a negative influence on greater sage-grouse past that point. In some cases, minor levels of conifer cover (i.e., 3 percent) on the landscape can cause sage grouse to abandon courtship leks (Baruch-Mordo et al. 2013). In Montana, it was observed that sage grouse would avoid nesting within 100 meters of a conifer tree (as reported in Severson et al. 2016). Given all the evidence, it’s clear that they don’t like conifer trees nearby.

Severson et al. (2017) also studied how the removal of conifers affects greater sage-grouse. They observed that conifer tree removal improved habitat suitability for nesting sage grouse within three years. Amazingly, four years after removing juniper trees from a site in southeast Oregon, the number of sage grouse nesting in and near the area increased 29 percent, which is a huge jump (Sage Grouse Initiative 2017). A restoration project in Utah also showed positive signs; hens moved into restored areas during and shortly after mechanical clearing, indicating the extreme need for such open habitats (Sage Grouse Initiative 2017).

While it’s encouraging to see the sage grouse population response to conifer removal, the best way to accomplish the goal is still being studied. For example, Davies et al. (2019) studied the effectiveness of cutting versus burning (prescribed burns) in the removal of juniper in the Great Basin. They found that mechanical clearing (i.e., cutting) was more effective at removing woody species and retaining sagebrush in the short-term. Over longer time periods, however, burning was more effective at controlling woody species and allowing sagebrush to come back into the dominant plant role. While fire does negatively impact sagebrush temporarily, it can bounce back faster than the conifer trees. It’s likely that some combination of these efforts would be necessary, depending on the site-specific conditions.

Conservation issues are always interesting to study because they are so multi-faceted, and the greater sage-grouse is no exception. As usual with most species, it generally comes down to habitat. If we can restore high quality sage grouse habitat by removing conifer trees and encouraging large sagebrush flats in their historic region, this amazing bird will continue its reign for many years to come. 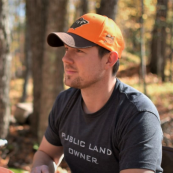 What Defines the Grouse Species?