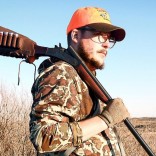 Andrew's passions lie with the outdoors, writing, and good political…

From the negative impacts of pipeline projects on sage grouse to the short-term gains for ruffed grouse, how do we balance energy and conservation?

GREAT FALLS, Mont. – Upland birds are the bread and butter of the hunting and conservation world, but they’re also some of the species that are first to be stomped on by extractive industries. After what seems like a long series of battles to protect different subspecies of grouse from the current administration’s rolling back of environmental protections, the last three months have seen a series of victories for the birds, including the iconic sage grouse.

First, in April, TransCanada Energy’s Keystone XL pipeline project took another major blow, as U.S. District Court Judge Brian Morris put a hold on Nationwide Permit 12, the U.S. Army Corps of Engineers water-crossing authorization, for failing to identify the impacts the project would have on endangered species. The Supreme Court would later reverse the permit blockage, allowing the ACOE to continue with its permit for the construction of new pipelines, but didn’t include the Keystone XL project in its ruling.

“It’s an important moment for those of us that are trying to stop these fossil fuel projects that are endangering people and wildlife,” Center of Biological Diversity lawyer Jared Margolis said of the Morris decision. “It showed me as a lawyer that the rule of law will be followed – that there are requirements that need to be met. The Trump Administration has been adamant about trying to avoid those legal requirements, and it’s great to see a court call them out on it and say, ‘No, you know what you need to do and you’re not doing it.'”

The KXL project, which has faced roadblocks for a decade, extends from Alberta, Canada, through Saskatchewan and into the United States. Things get hairy when it crosses the international border, as the proposed line would run through Montana, South Dakota and Nebraska. Further, the stretch through Montana would dissect the state’s Greater sage-grouse range, a population that has been hurting as numbers from 2016-19 showed a 40 percent decline of the state’s population. Further, it’s been reported that, since the late 1800s, over 90 percent of the original population is gone.

Read: The Fight for Sage Grouse with Backcountry Hunters and Anglers

The Effects of Pipelines on Sage Grouse

Today, there’s a laundry list of issues leading to accelerated habitat loss. First, massive overgrazing in the early 1900s led to the expansion of invasive grasses and, now, those grasses coupled with climate change – which opponents say the pipeline would contribute to – along with conifer intrusion – is fueling hotter-burning wildfires. Construction of the pipeline would likely add to more birds being driven out of their already fragmented range. According to National Geographic, with the pipeline slated to run within a few miles of many leks, experts are concerned that noise from the construction, roads and pumping stations could seriously disturb the birds and thus hurt breeding. And like conifers, certain structures like power-line towers, will give raptors places to scout out easy sage grouse meals.

Margolis believes the grouse would see the most negative impacts from that construction, too.

“You have construction vehicles that can scare birds away and crush eggs, [and there are] lots of people, noise and lighting. All those things have huge impacts,” he said. “[Plus] the fragmentation of habitat by heavy vehicle traffic, the existence of the pipeline itself and the right-of-way being maintained – they use herbicides to keep weeds out of the right-of-way. So there are lots of ways upland habitat and habitat for sage grouse, in particular, can be affected.”

Margolis also sees the bird as the unfortunate representative of the list of species imperiled by the oil and gas industry.

“They don’t want to highlight that and bring it to the forefront, so they ignore [sage grouse] for that reason. But the big reason is that it’s not listed,” he said. “The oil and gas industry got away with this scheme to avoid the species from being listed, and because it doesn’t have that listing under the Endangered Species Act they are able to ignore the impacts to the species. They have to consider it and at least discuss it a little bit under NEPA, but NEPA is a procedural statute, whereas the Endangered Species Act is much more substantive. And because the ESA doesn’t apply, you don’t have those important protections in place that force these companies and agencies permitting the projects to consider the impacts to those species. It’s going to drive that species closer toward extinction and it will be interesting to see how the Fish and Wildlife Service responds to that.”

Seemingly a reversal from the issues the KXL project carries for western grouse species, the 600-mile long Atlantic Coast Pipeline project had a lot of support from West Virginia outdoorsmen for its commitment to maintaining ecosystems it would disrupt. Bigger names supporting the ACP included Sen. Joe Manchin (D-W.Va.) and West Virginia Division of Natural Resources Director Stephen McDaniel.

While Manchin, the ranking member of the Senate Energy and Natural Resources Committee, focused on the jobs the project would create, McDaniel believed that the project owned by Virginia-based Dominion Energy and North Carolina-based Duke Energy would provide essential early successional habitat for ruffed grouse. He noted that the 125-foot right-of-way and the reclamation work that would follow construction would boost the WVDNR’s efforts in creating prime habitat that the Mountain State has desperately needed for the last 30 years. The pipeline was set to run through two counties that are essential to the remaining grouse population in the state.

“We have to make sure that from a state wildlife management and public lands [standpoint] we protect the environment,” McDaniel said. “Dominion [has] gone above and beyond what we’ve required them to do. They’re a good company. They’ve also provided millions of dollars in voluntary mitigation monies which we have used to add to date over 40,000 acres of new public land where we’ll be able to set aside forest land. They also do a really good job of maintaining the right-of-way, and at the end of the day, we’re getting an energy source out of West Virginia which helps everyone. It’s not just an economic impact; it’s a good impact all the way around.

“If you talk to a hunter, as soon as these right-of-ways are done that’s where they’re going to hunt,” McDamiel noted. “That’s where wildlife is going to be because, let’s face it, West Virginia hasn’t done a great job of managing its forests over the last 30 years. We don’t have enough early successional habitat in West Virginia for small game and grouse and things like that.”

But the project was scrapped on July 5, the decision coming just weeks after the U.S. Supreme Court overturned a U.S. Fourth Circuit Court Judge’s decision from 2018 which stated the U.S. Forest Service’s granting of a special use permit to the project violated the National Forest Management Act and NEPA. There was also concern surrounding the pipeline running under the Appalachian Trail and how sediment erosion would affect important streams.

In a joint statement, Duke and Dominion chief executives cited the KXL decision as a death blow, and noted that it increases “legal uncertainty that overhangs large-scale energy and industrial infrastructure.” The extra risk of litigation also extended the project’s timeline and raised the cost to $8 billion.

The Atlantic Coast Pipeline website noted a series of steps that the companies would take to protect the environment, including restoring land to pre-construction contours and applying seed mixes. They also planned on planting tree saplings in national forests where older trees would be cut out.

The decision to end the project came with celebration from environmental groups fighting the proposed construction, citing climate impacts.

While climate change leads to hotter-burning wildfires in western sagebrush country, it also has the potential to enable West Nile Virus-carrying mosquitoes to reach higher elevations in the Appalachian Mountain range calling into question the short-term gains of a pipeline against long-term downfalls of fossil fuel consumption. Specifically, in West Virginia, the Allegheny Mountains and Monongahela National Forest are the last strongholds for the declining ruffed grouse populations decimated by WNV and habitat loss.

Although the right-of-ways would have provided exceptional habitat for the species, the WVDNR is collaborating with organizations and agencies such as the Ruffed Grouse Society and the USFS to continue to create early successional habitat in these high-elevation areas of the state.

This individualized work is something Margolis thinks should be the go-to for habitat creation – not leaving it up to the oil and gas industry to create it as part of a pipeline project.

“[A right-of-way] is a linear feature, so it’s somewhat limited in terms of potential for dispersion of the species and genetic diversity,” he said. “You have to take into account that it’s not just a small amount of habitat for ruffed grouse that could be created; you have to balance that against the loss of habitat for other species.

“There’s the potential to create habitat somewhere else. There are other mitigation measures that can be taken rather than relying on pipeline right-of-way to create habitat. It’s one of those things that I think is best left to the experts – the state-level experts – to make the decision. It shouldn’t be a political decision.” 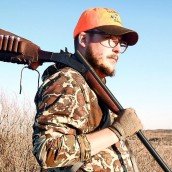 Andrew's passions lie with the outdoors, writing, and good political debate, which is why he's decided to combine all three. His outdoor writing career was born in a small, sophomore-level class at West Virginia University in 2014, and it has blossomed since. He now joins the Project Upland team where he will be covering current issues and affairs, keeping folks up to date with what's happening with Congress, state governments, international movements, and more.

What is the Call of the Uplands Initiative?